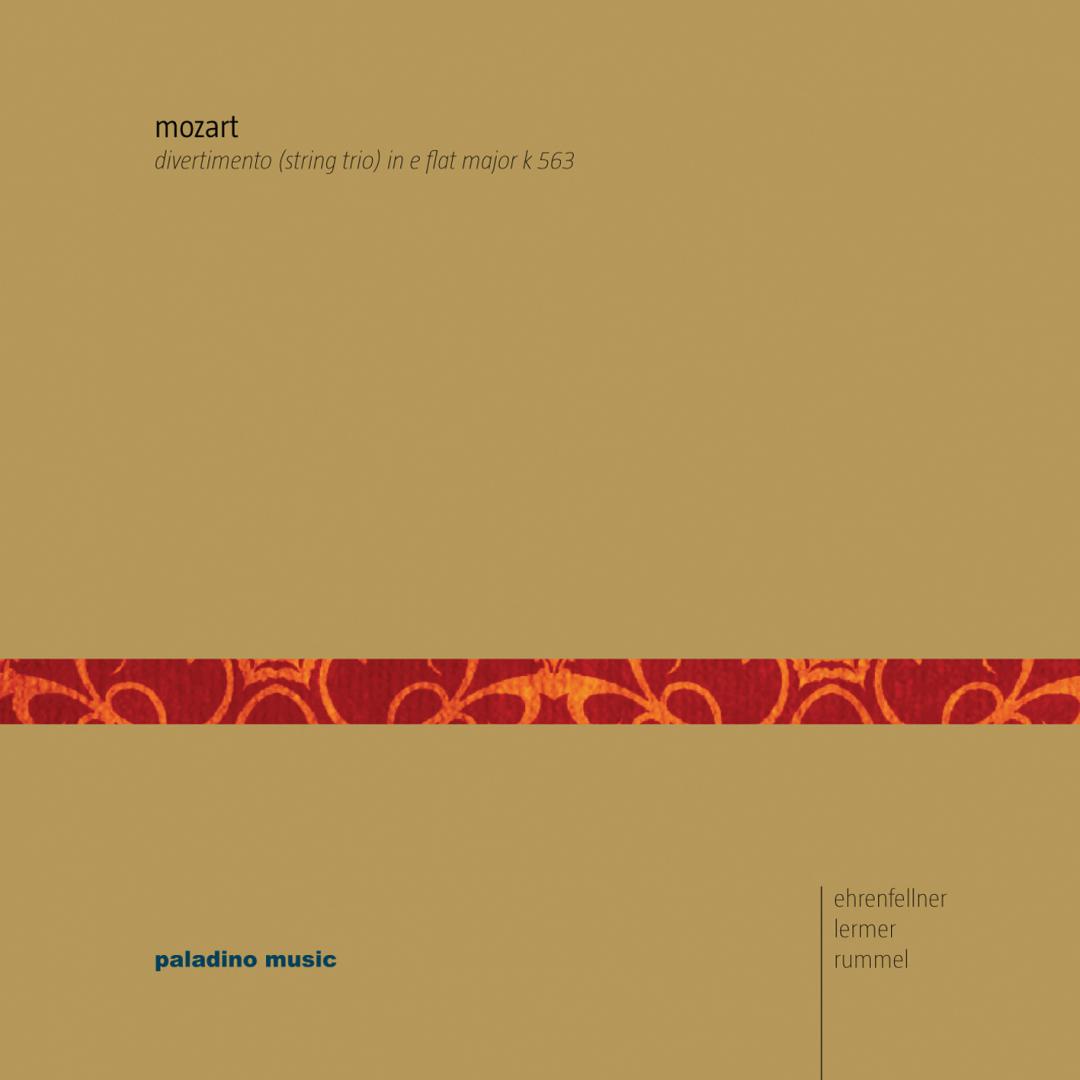 Mozart's great E Flat Divertimento raises very fond memories to a chamber music festival and masterclass that I attended when I was 16 years old, in the beautiful village of Entrecasteaux in South France. Yossi Zivoni, Ian Jewel and Robert Cohen played it there, and I still own a rather worn cassette tape recording of that concert. Ever since that concert I have increasingly loved that piece, but it was not until fifteen years later that I actually got to play it properly, not counting various sightreading sessions at student parties ...

In 2010, paladino music and the Mozarthaus Vienna started a closer collaboration, which is how this recording came about. The release party of this CD took place in Mozarthaus on 30 April 2011, and this is yet another concert with a story: On 30 March, I got bitten into my left pinkie by some poisoned insect in New Zealand, where I was to play a recital on 2 April. Within six hours, I developed a high fever and the finger swelled to a rather frigthening size and hurt when I just looked at it. No recital on 2 April, hospital, a rather horrible flight back to Europe and a serious blood poisoning with a black line up to my elbow were how I spent the rest of April. The concert on 30 April was the second time I touched the cello in that month, but miraculously it went very well even in spite of the pain when using the pinkie ...