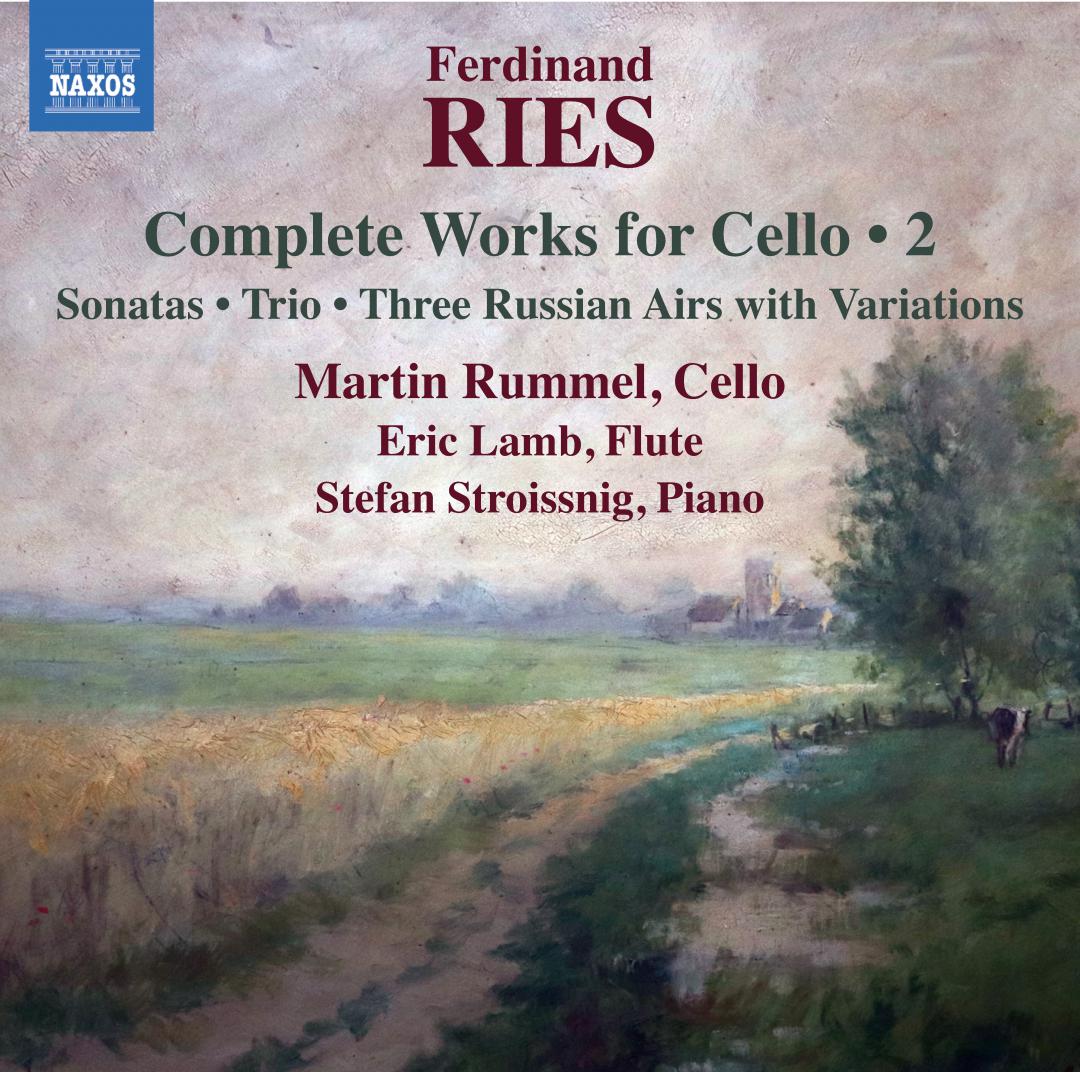 When, during the preparation for the recording of the sonatas by Ries in 2016, I discovered that he had written all this other stuff, I suggested to Klaus Heymann that there should be a second volume to present a complete recording of Ries's works for cello and piano, to which he agreed. I find that the early sonata is astonishing given that Ries was only fifteen when he wrote it, but of course it is not as strong as the other works if you look at it objectively. But would that really be a reason to not do it? I believe not. The other sonata on this recording, Op. 34, is – like Beethoven's Op. 17 – for horn or cello, and the theme of its third movement makes Stefan and I giggle every time we play or hear it for its resemblance with the rather funny German carnival hit "Meine Oma fährt im Hühnerstall Motorrad" ("My granny rides a motorbike in the chicken stable"). The flute trio was a discovery for us all, for it adds a short and sweet original work to a genre that is not blessed with wealth of great repertoire. Particularly in 2020, the Beethoven anniversary year, I hope that some cellists might choose to program some Ries with (or even instead of) the inevitable Beethoven overkill.

The cover shows another painting by my grandfather's friend Alfred Hackländer (1907–1968), and we enjoy looking at it above our piano here in Vienna. It depicts Burg Münchhausen between Adendorf and Meckenheim, where my father's family lived until the 1990s, followed by my own period in Meckenheim in the 1990s. In 2003, my father sold his parents' house, at which point all ties to that area were cut. Speaking of: For reasons that are explained in the "About" section of this website, this appears also to be my tenth and last recording for Naxos, and I am grateful to their team for a number of years of enjoyable collaboration, resulting in several recordings that I am rather fond of, this last being one of them.